Picture this if you will: two years after the departure of Arsene Wenger, Arsenal are viewed as an exciting young team.. Academy products Reiss Nelson and Ainsley Maitland-Niles, now full England internationals, have propelled the team back into the top four. Manager Unai Emery’s spell has been so full of content, in fact, that Arsenal Fan TV have experienced a sharp decline in viewership.

But then, disaster! Director of football and key decision maker Sven Mislintat, who de-facto replaced Wenger in the boardroom, finds himself embroiled in a social media scandal for the ages. A series of so called Twitter ‘burner’ accounts have been linked to the German – these have often talked up the job he has done, heavily criticised his predecessor and questioned the temperament of Premier League young player of the year Alex Iwobi. The press, as one can imagine, has unsheathed their daggers.

This story isn’t a fantastical notion pulled from the mind of a creative young journalist –  in fact, it’s a situation that has befallen the NBA powerhouse Philadelphia 76ers over the last two weeks, ending with an announcement just hours ago that they were letting go of their embattled General manager Bryan Colangelo.

"It's really an unprecedented departure for… a team executive in any sport." – @wojespn on the resignation of Bryan Colangelo pic.twitter.com/DYiMqNIzhv

Colangelo, son of Team USA head honcho Jerry, had joined the team under a cloud in 2016, replacing Sam Hinkie, the mind behind one of the most infamous, and ingenious, losing cultures in all of American sport, known as ‘The Process’.

After years of bottom dwelling and stock piling of draft picks, the NBA had had enough, and insisted that Hinkie be removed despite the protestations of Philadelphians.

Now the man they ‘recommended’, Colangelo, who reaped the benefits of the plethora of young stars left to him by Hinkie, has brought greater shame to the league than they could have possibly imagined.

It started with an explosive article published by The Ringer, which highlighted how ‘five accounts pinpointed by an unnamed source that followed media members and Sixers employees, posted tweets or replied to other users’ that seemed to leak critical information regarding former and current players. 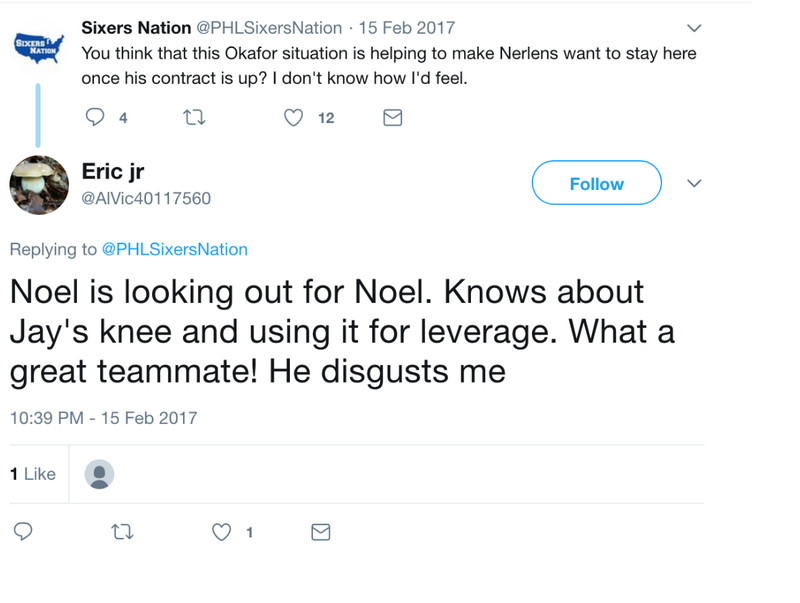 Former stars Nerlens Noel and Jhalil Okafor were ridiculed, rightly in hindsight, as lazy and unfit. Noel, who has since languished with the Dallas Mavericks and is a free agent of little note this summer, was a source of particular contention. 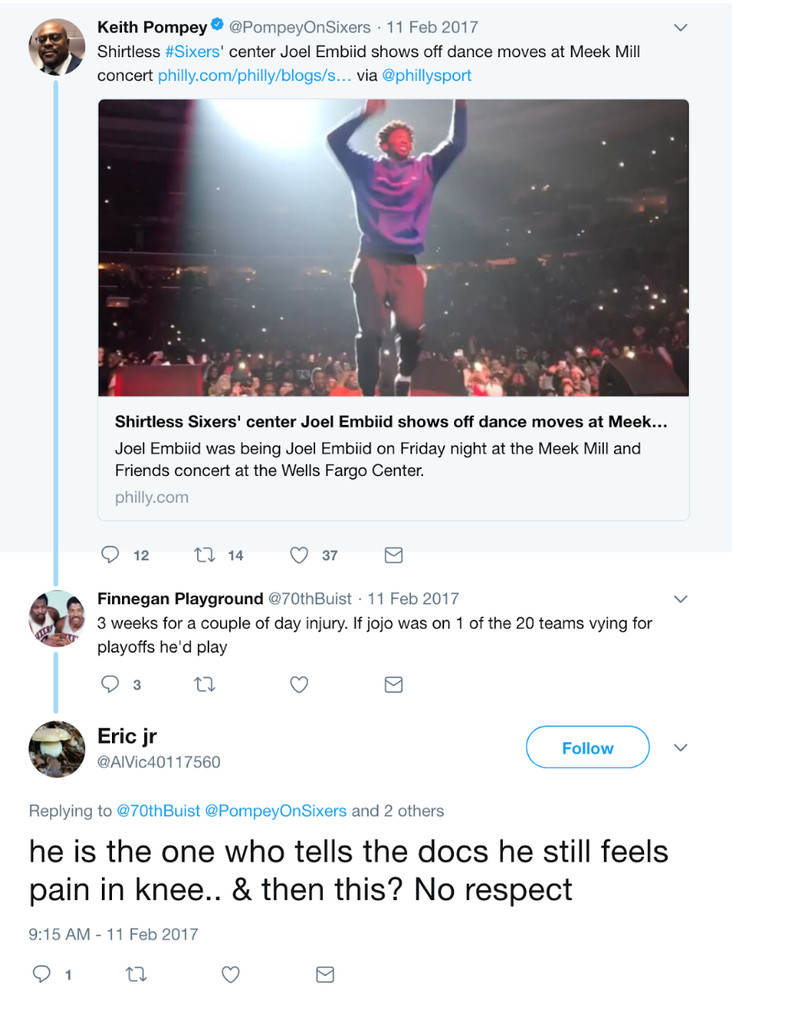 Most alarmingly, Joel Embiid, a first time all star and cornerstone of Hinkie’s process, was heavily criticised for dancing on stage at a rap concert while injured. Further harsh words were reserved for his position on the team as Ben Simmons, yet another Hinkie acquisition, enjoyed a historic rookie in 2018.

Finally, and most bizarrely, Toronto Raptors General manager Masai Ujiri was also targetted – the Nigerian had been hired to that franchise by Colangelo.

All the while these accounts, with creative names including  @phila1234567, @Enoughunkownso1 and @S_Bonhams, were effusive in their praise for the Sixers GM, going so far as to defend his penchant for collared shirts.

Another, @AlVic40117560 followed a number of players from the University of Chicago basketball team, for whom Colanego’s son, Mattia, is a player.

Calls were made to the Sixers regarding two of the accounts, with no mention of the other three. Within hours of theses questions being asked ‘all three of the accounts that weren’t discussed with the team switched from public to private, effectively taking them offline’.

In the weeks since the article was published, eyes have been diverted from the ongoing NBA finals towards Philadelphia, with players and media alike glued to the saga. Current and former players such as Embiid have had their say, and the media vultures have reveled in a story that is as unlikely as it is absurd.

Fun night on Twitter lmao.. All jokes asides I don’t believe the story. That would just be insane

Whether the accounts belonged to Colangelo or, as has apparently been concluded, his wife, few can say for sure. What is certain is that following the Sixers’ own investigation, the two parties have chosen to go their separate ways.

The process still remains intact, and the team will almost certainly be in the running for superstar Lebron James this summer

However, as put so eloquently by many a social media pundit, Hinkie didn’t die for this.

Our reporter @Laoishee looks into diversity in horse racing 🐎 https://sportsgazette.co.uk/can-improve-diversity-racing/