From the lightweight champion of the world to a recognised war hero, Lew Jenkins lived a life almost too unbelievable to be true. Despite his notoriety in the 1940s, Jenkins is now largely unheard of.

However, his story — both in the ring and outside — is extraordinary. A tragedy if it were forgotten.

Gene Pantalone holds this belief and, despite breaking his neck aged 17, resulting in total paralysis from the neck down, embarked upon an arduous year-long writing process to ensure Jenkins’ story is eternally enshrined in his book, ‘From Boxing Ring to Battlefield: The Life of War Hero Lew Jenkins,’ which is available to buy as of yesterday.

“Before I even started putting words down — as I began researching the story — I just felt it was a story that had to be told. It’s so compelling. I just thought it had to be heard,” Pantalone told the Sports Gazette.

Pantalone’s previous book ‘Madame Bey’s: Home to Boxing Legends’ focused on a boxing camp in Clatham Township, New Jersey, where the great Freddie Welsh made his home. This was the inspiration behind Pantalone’s interest in boxing and it was during this project that Jenkins’ story first caught his attention.

“Jenkins was a boxer at the camp,” Pantalone explained. “At first, I just wrote about him because he attended the camp. Then, when I was looking through the newspaper articles, I started finding out how he was drunk during his fights. I just couldn’t work out how he could have done that.”

Fighting drunk was just one of the many aspects of Jenkins’ career that earned him his reputation. Aside from his drunkenness, perhaps most noticeable was his fighting style. Rather, his lack thereof, as well as his slight physique and the inexplicable power he generated from his right hand.

He said: “The big referee at the time was Arthur Donovan, who refereed more championship fights than anyone in boxing, including 22 Joe Louis fights. He said Jenkins’ punch was harder than anyone’s he had seen, and that it was all natural.” 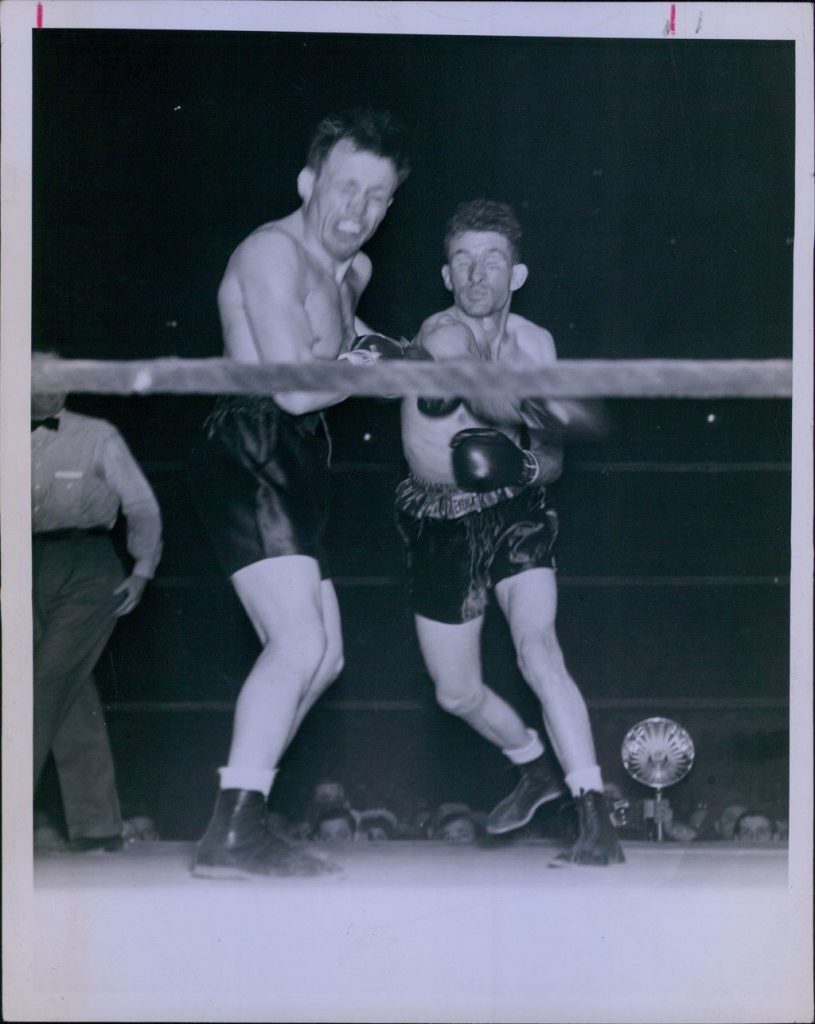 Jenkins’ punching power made him an intriguing spectacle for the crowds, but what makes his rise to champion status impressive is his background.

Born as one of seven children in the heart of Texas in 1916 — an area severely affected by the Great Depression — Jenkins was forced to work from childhood, picking cotton pods in the fields.

Work came at the expense of school attendance, which ultimately led to his premature departure. Subsequently, he regularly participated in street fights, where — despite his small frame — he knocked out each of his opponents one-by-one. His freakish power earned him a spot in his local carnival, earning $1 per day’s work and fighting up to four times daily.

He started to fight professionally off the back of this, but with mixed results initially. His right hand was naturally gifted, but that was the extent of his armoury. Even then, he barely knew how to use it. Within ten months, after moving to New York, Jenkins became lightweight champion of the world.

Given there were only eight weight divisions at the time — compared to 17 today — and only one belt per division, this was remarkable.

Fame and fortune began to materialise amid his success, but this wasn’t Jenkins’ top priority. He was more concerned with having a good time.

“You talk about bad boys in sport now, he had them all beat back then with his antics, how he handled himself and how he wasted his potential. He didn’t care for titles,” Pantalone said.

“He had a drinking problem, and he loved his high-speed motor cycles, which resulted in several crashes. He fought with broken bones, once with a broken neck.

“His wife got mad at him when he was preparing to defend his lightweight title. As with all the accidents, she said there would be nothing left for his opponent to hit.”

Arguably the story that best epitomises Jenkins is his 1941 bout with Lou Ambes, in front of over 15,000 people. With just two hours remaining before the fight started, Jenkins was found drinking whiskey in the corner of a bar. He fought drunk, but, as was the case on numerous occasions, he won by knockout.

While he could never truly commit to boxing, largely wasting his natural talent, the army was different. He was in the prime of his career, and sacrificed it to serve his country.

Pantalone said: “Jenkins started turning his life around in WWII when he volunteered for the Coast Guard. Reading that is when I really became fascinated by him.

“Jenkins actually landed British troops at Normandy beach. He was under intense enemy fire. The British even gave him a citation for his bravery.”

“Even though he was under intense fire, and people thought he was brave, he felt like a coward. Landing the troops, watching the guys he put down on the ground get shot as he was putting them down — he vowed to himself he would never do that again.

“All he wanted to do, from the end of WWII until he finally got his chance at the Korean War, was to be a front-line soldier.” 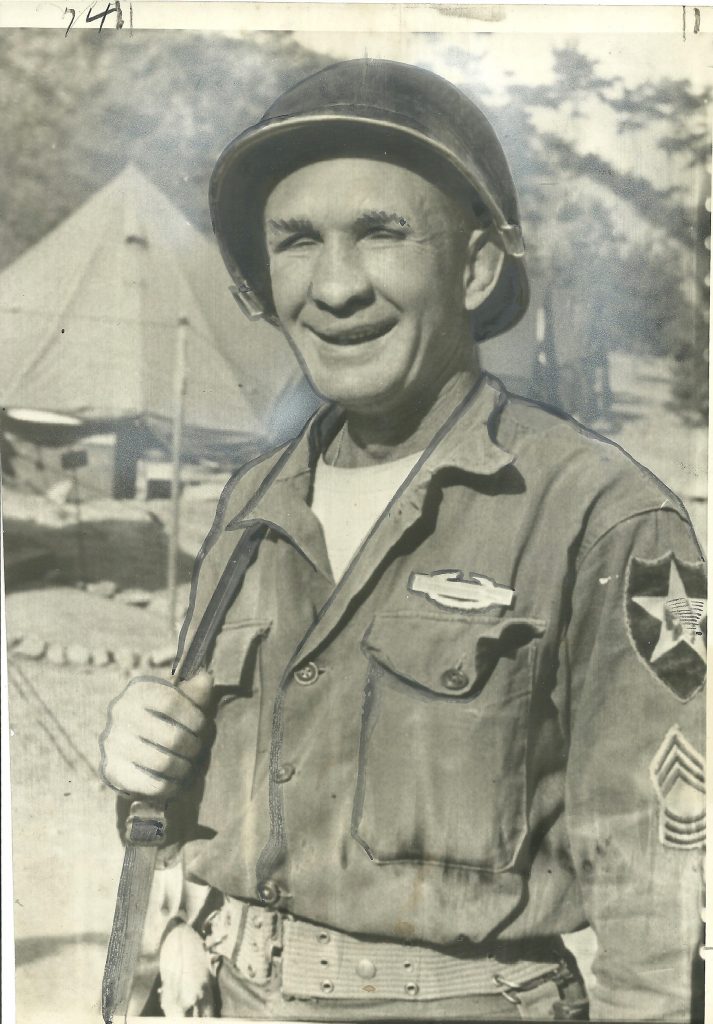 The Korean War was his opportunity for self-redemption. A chance to fight on the front-line. He arguably surpassed expectation and was awarded a Silver Star for his services.

Jenkins earned his military reputation at Bloody Ridge and Heartbreak Ridge, two of the fiercest battles in history. During Bloody Ridge, the company under Jenkins’ command was largely obliterated — only 17 soldiers, including Jenkins, survived from 160.

“I was actually able to talk to one of the survivors [93-year-old Ronald E. Rosser, a forward observer] who was a Medal of Honour recipient,” Pantalone said. “He said that he was part of a squad Jenkins put together. The stories he told me were just horrific.”

Rosser said that Jenkins made several trips — completely alone — from their base to the ammunition dump under intense enemy fire, allowing the machine guns to stay loaded. This act of bravery earned him the Silver Star.

“I also spoke to his son and had email correspondences with one of his grandsons,” Pantalone explained, “which helped me get a lot of information I wouldn’t have otherwise been able to have.

“Especially when his son was in Germany and met famous actor Steve McQueen. He walked into his house and there was his father, sitting with Steve, Charles Bronson and James Garner, all filming a movie called ‘The Great Escape’.

“Steve actually wanted to make a movie about Jenkins’ life, but said he would have to tone it down to make it more believable.” 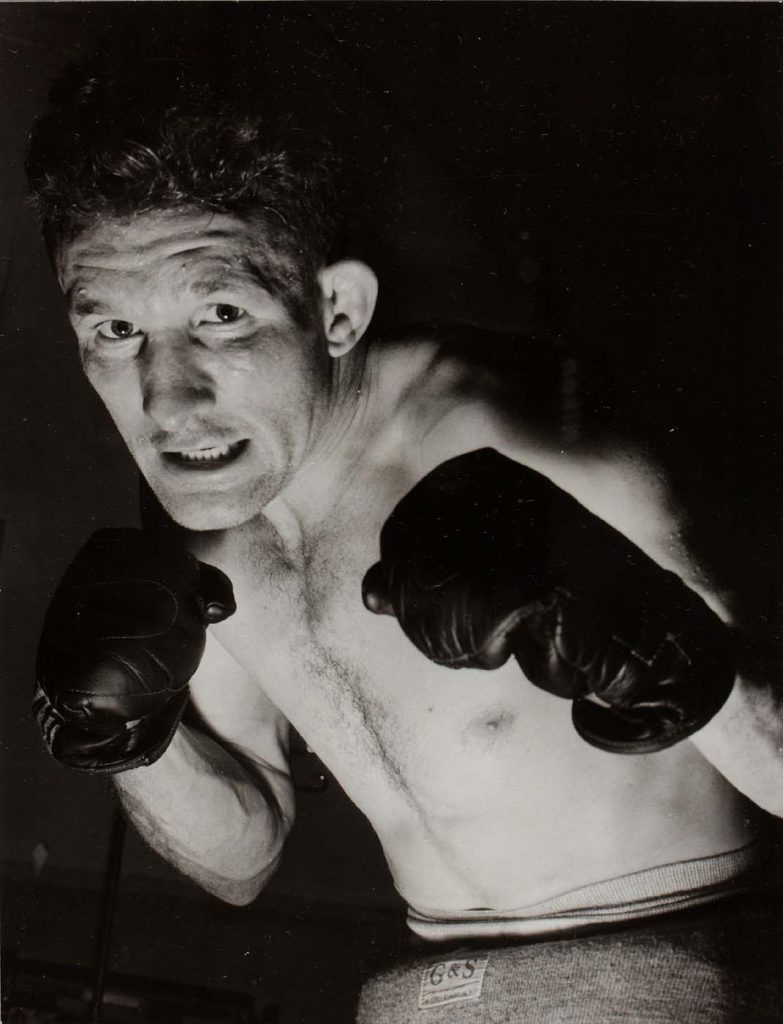 What’s most salient about Jenkins’ story is how starkly he contrasts modern-day boxers. Those at the pinnacle bicker over who’s the ‘A-side’ fighter, who walks to the ring first and how best to divide the money. Jenkins, though, cared little. He fought anyone and everyone, regardless of his own condition, even after voluntary war services.

“Nowadays, you might be lucky to see top boxers fight twice a year. Some have an even longer gap. Back in the 1920s-50s, these guys fought once a month if not every couple of weeks. You can see on YouTube how fierce the fights were, yet they were back at it two weeks later.

“It’s probably better today. They’re looking more towards the safety of the boxer. But Jenkins had over 100 fights listed, and there were a lot of unrecorded fights. He probably fought 300-400 times.”

For Pantalone, though, it was Jenkins’ transformation that he found most impressive.

“Just my favourite thing about the man is the way he concurred his drinking problem and his wildness. You think of all his boxing fights and the wars he fought in, and afterwards he said his two toughest opponents were Jack Daniels and Harley Davidsons.”

The character of Lew Jenkins is perfectly summed up in this line. Courageous, yet troubled. While he turned his life around after the wars, he also squandered his remarkable natural talent through alcohol abuse and a lack of motivation. His story is incredible nonetheless, one told in exquisite detail by Gene Pantalone.

You can purchase ‘From Boxing Ring to Battlefield: The Life of War Hero Lew Jenkins’ HERE

What happens when a player you love to hate proves you wrong? @MitchAMarshall swallows his pride to give a look at why @MELOD1P is his early pick for Rookie of the Year. #NBA #NBAUK https://sportsgazette.co.uk/nba-monday-an-unlikely-and-far-too-early-endorsement-of-lamelo-ball/

Leach’s journey has been less smooth than most - here’s him sharing his story with @Maria_Valletta.

And then there were eight! The NFL Playoffs move to the Divisional Round and the top-seeded Packers and Chiefs have joined the party. @Mitchamarshall and @Tiger93Creedon have the essentials for all four matchups. #NFLUK #NFL #NFLPlayoffs https://sportsgazette.co.uk/your-guide-to-the-nfl-playoffs-divisional-round/

Thanks to Percy Tau, steam trains Nos 1-11 from the original Thomas the Tank Engine lineup have now all been represented in the Premier League, except for No. 8 (Duck)